After being overshadowed for years by the majestic Grand Canyon, Antelope Canyon has in recent years received the much-deserved surge in attention to be one of the most sought after tourist destinations in the world.

Located in the Navajo Indian Reservation just east of Page, Arizona, this natural wonder is one of the most photogenic sites on the globe.

In fact, it’s highly likely that you’ve come across it as a desktop wallpaper!

The canyon was formed as a result of sandstone erosion from flash floods weaving through the rocks over thousands of years. The walls are spectacularly smooth with swirling formations, measuring approximately 120 feet between the stream bed and the rim of the gorges.

Large number of antelopes used to graze and wander around the area and to no one’s surprise, the site was named “Antelope Canyon” after this fact.

The site is rich in history and boasts a fascinating cultural story – the Navajo tribe believed the site was spiritual and sacred.

Due to the site’s significance in heritage, the Navajo tribe converted Antelope Canyon into a Navajo Tribal Park in 1997, and since then the site has been accessible only through tours.

For geography and nature fanatics, witnessing Antelope Canyon’s unusual landscape in person is definitely something you do not want to miss.

If you visit Antelope Canyon during the right time, you can witness the sunlight casting down into the canyon — a sight to marvel at and draws thousands of photographers every year.

Only accessible via guided tour

How Much Does Antelope Canyon Cost

The price you pay for your tour will hugely depend on which part of the canyon you plan to visit (Lower Antelope Canyon is generally cheaper than the Upper Canyon) and what activities you want to do.

A 90-minute walking group tour can range between $30 to $90 USD per adult (includes an $8 USD Navajo Park fee) and the prices are slightly lower for children.

For a more immersive photography session, the price can go beyond $200 USD for a two-hour-long tour.

However, some tour operators offer discounts for early or last-minute reservations so it’s possible to score a deal off the regular price.

When Is the Best Time to Visit Antelope Canyon?

You can visit Antelope Canyon at any time of the year but the regular peak season runs between May and September when people flock the site to experience the magical sunlight casting down into the Upper Canyon.

To see the light beams in the Upper Canyon, make sure you visit between 11 AM and 1 PM. At this time of the day, the sun is directly overhead and the rays bounce off the sandstone walls perfectly.

If you want to dodge the crowds and get better rates, you can opt to visit during the off-season, which runs between November and January.

Although Antelope Canyon is accessible year-round, it’s important to note that the park may be closed without prior notice in case of heavy snow or rainfall.

It’s uncommon but likely to happen between June and September, during the monsoon season in Arizona.

READ NEXT
5 Day Maui Itinerary: How to Experience the Best of Maui
THINGS TO KNOW

Visiting Antelope Canyon isn’t as straight forward as driving to the parking lot and proceeding to the entrance.

Here are a few things you should know before you go:

Antelope Canyon is situated on the Navajo Nation and there is no chance of having a DIY tour. Visitors must have a tour guide to access the canyon.

The canyon is made up of two separate sections, the upper canyon (The Crack) and the lower canyon (Corkscrew).

Each section of Antelope Canyon is accessible from a different entrance.

Difference Between a General and a Photography Tour

If you want to snap some professional photos, you may want to choose the photography tour as tripods aren’t allowed in the general tour.

General tours are relatively cheaper and shorter but photography tours are less crowded which gives you a chance to capture some fantastic shots.

What to Bring & What to Wear

Here are some things you might want to bring to Antelope Canyon:

READ NEXT
Travel Guide to Maui: Tips to Make Your First Trip Amazing

What to See at Antelope Canyon

The captivating beauty of Antelope Canyon is a treat to any nature fanatic and you might be wondering which part of the canyon you should visit.

Although both Upper and Lower Canyon are equally beautiful and just a few miles apart, they’re accessible from different locations and the admission fee for each is paid separately.

If you don’t have enough time to visit both parts, here are a few things to consider:

The Upper Canyon is a short drive from the parking area, where you’ll meet up with the tour company of your choice. Together with the rest of the group, you’ll be taken in a 4×4 to the opening of the Upper Canyon.

The ground of the Upper Canyon is level, but it’s shaped like an inverted “V” meaning it’s a little dim in this area due to the narrow roof.

You may want to plan a visit around the time of year when the sunlight beams through the walls of the canyon, illuminating the red-hued sandstones.

Sadly, the beams are only visible during the summer between 11 AM and 1 PM.

You should be prepared to shuffle along with a few hundred tourists as it’s the most popular part of Antelope Canyon.

If you’re visiting either during the off-season or the shoulder season, the beauty of Upper Antelope Canyon is surreal throughout the year and still makes for a great photo-op.

The Lower Canyon is also a short walk from the parking lot but you’ll need to go down and up a network of ladders and stairs (you should at least be comfortable with moderate hikes).

The structure of the Lower Canyon is the exact opposite of the upper section – the base is narrow and the roof is wide open which allows lots of sunlight in.

Since the base of the Lower Canyon is relatively narrow, only a handful of people can go down at a time which makes it less crowded.

There are other places to check out in the immediate surrounding area of the canyon as well.

For instance, Lake Powell is located a few miles north of Antelope Canyon and to the south, you’ll find one of the most photographed parts of the stunning Colorado River, the Horseshoe Bend.

READ NEXT
Best Island to Visit in Hawaii for First-Timers

How to Get to Antelope Canyon

Antelope Canyon can be accessed by traveling on Highway 98 approximately 2 miles east of Page.

You’ll find the Lower Canyon on the north part of the highway and the Upper Canyon in the opposite direction.

Driving between the two parts of the canyon will take you roughly 20 minutes.

Antelope Canyon is an iconic World Wonder and definitely worth a visit. Being situated in the Navajo Indian Reservation, tours are mandatory so it’s a good idea to do your research and plan ahead.

This travel guide outlines all the information you need to make your trip stress-free.

Which part of Antelope Canyon are you planning to visit?

Let us know in the comments below! 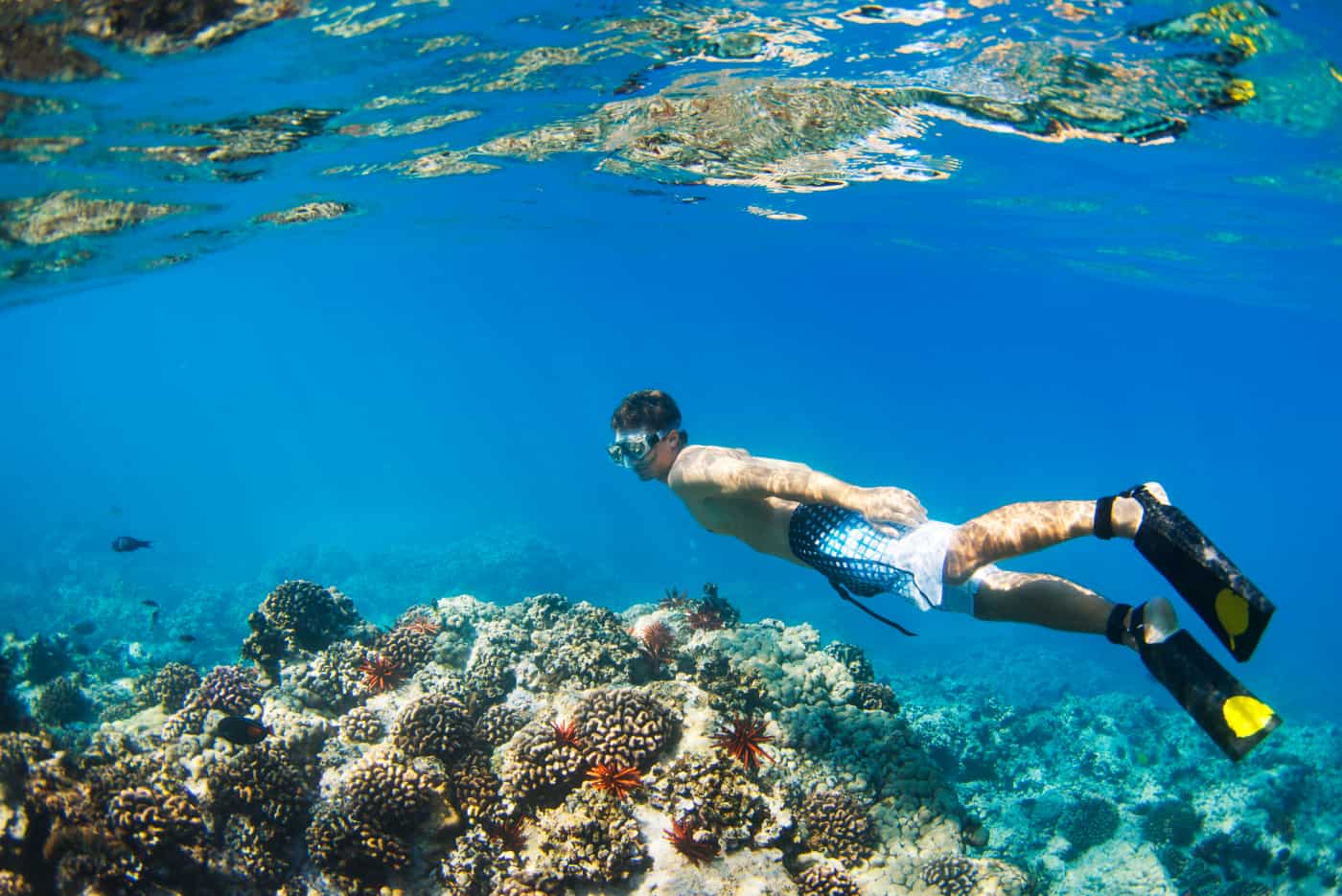 8 Spots to Find the Best Snorkeling in Hawaii

13 Top Things to Do In Oahu’s North Shore 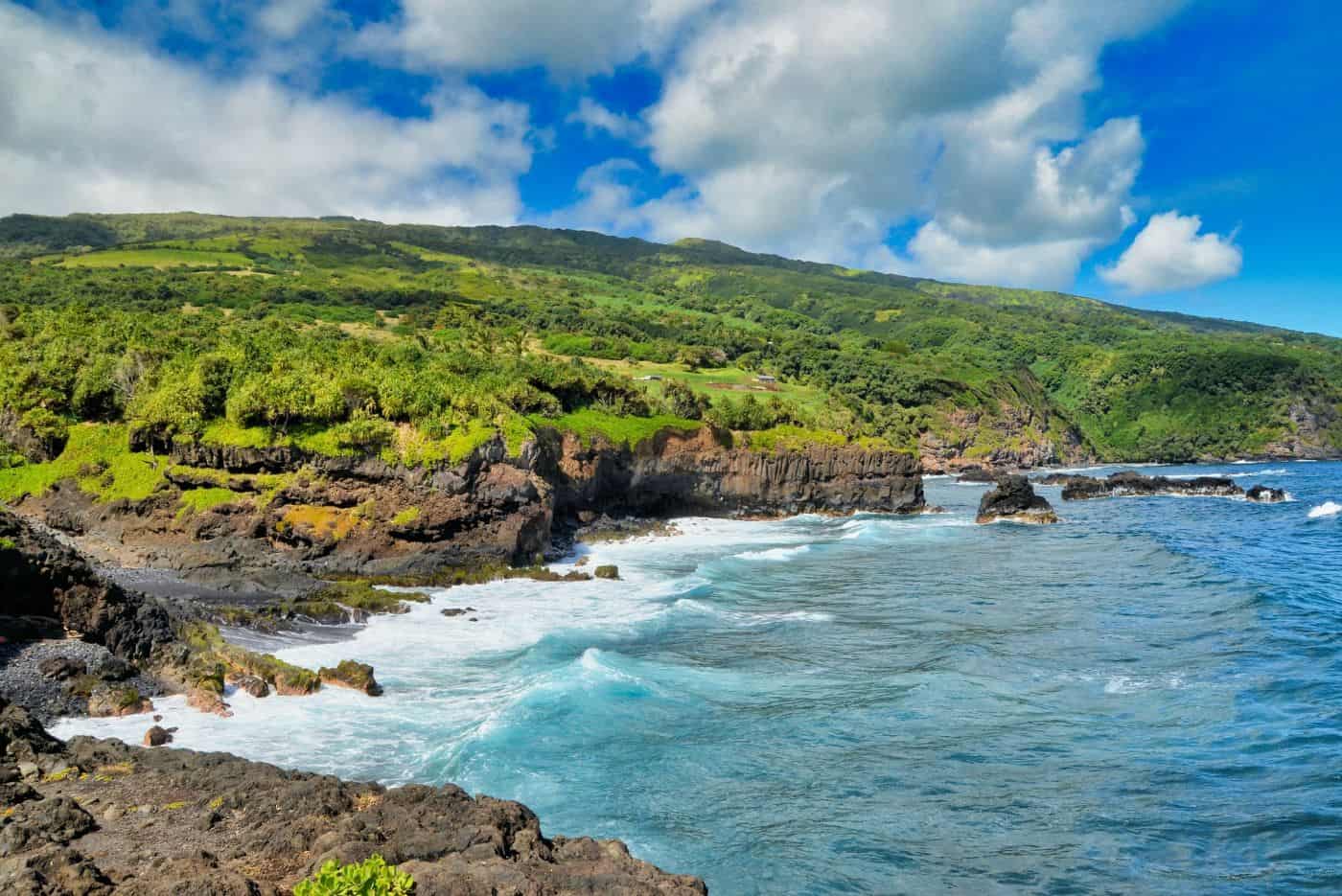 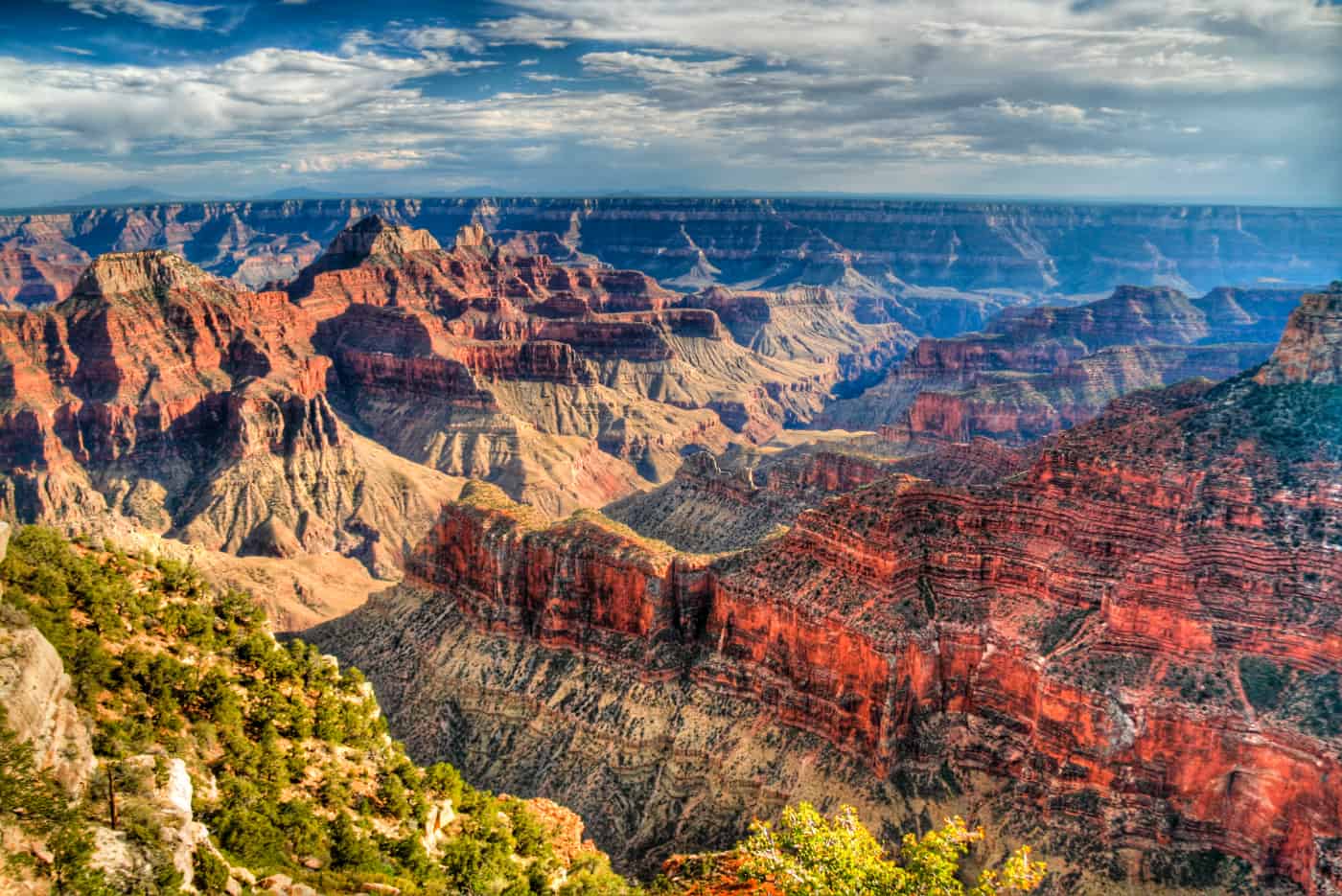 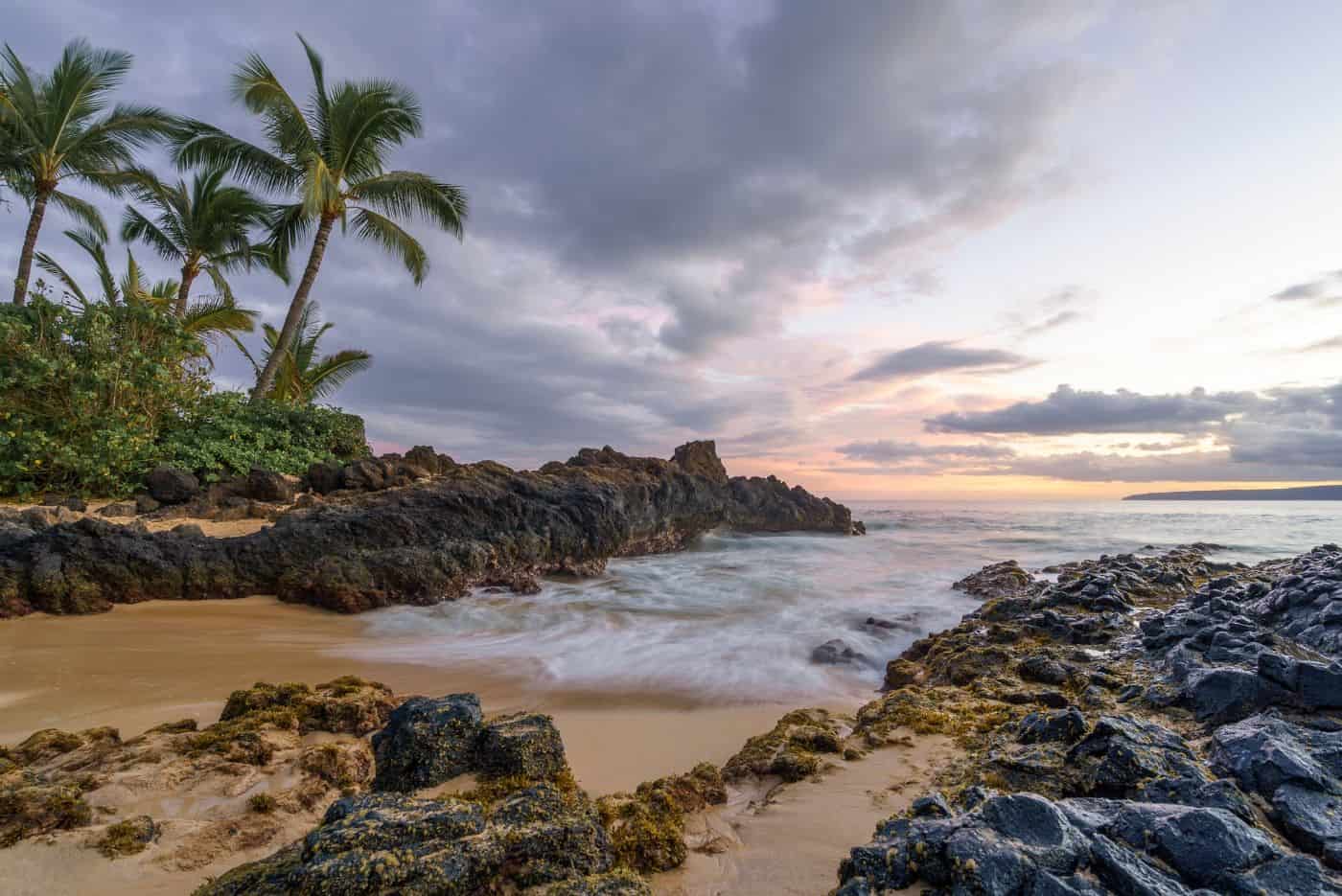 5 Day Maui Itinerary: How to Experience the Best of Maui 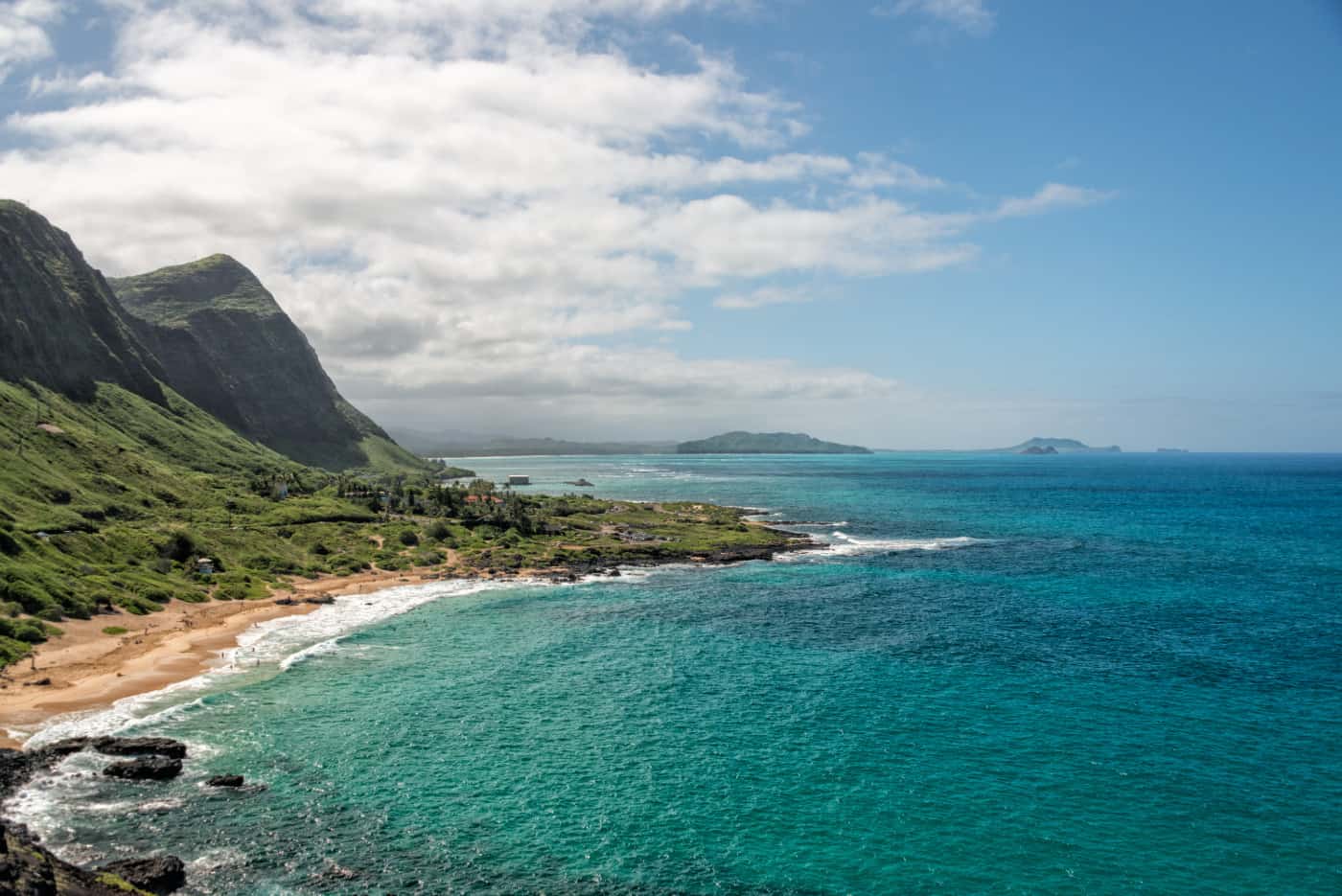 Best Island to Visit in Hawaii for First-Timers